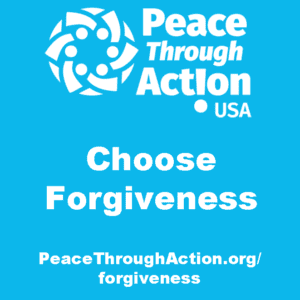 Forgiveness is the cessation of anger toward a person due to harm that person caused.

In 1989 the first article about an empirically based study focusing on person-to-person forgiving was published in the Journal of Adolescence. Prior to this study, there was research on apology, or people seeking forgiveness, but never on people forgiving one another.[3]

During the late 1990s forgiveness continued to take on significance beyond its association with religion. In the aftermath of the fall of communism, Nelson Mandela’s election in South Africa, and an easing of the conflict in Northern Ireland, former enemies tried to work together, and studies of interpersonal forgiveness grew.[4] By 2020 researchers were also studying self-forgiveness, intergroup forgiveness, and the feeling of being forgiven by God.[5]

[2] Stoycheva, D. S. (2018). “Analysis of the relationship between religion and forgiveness”. Retrieved from Dissertations and Theses @ UNI.930: https://scholarworks.uni.edu/etd/930

[3] Robert Enright, P. (2019, April 16). Reflecting on 30 Years of Forgiveness Science: What were the developments in this field and where is it headed next? Psychology Today.

How do people learn forgiveness?

Forgiveness can be learned through a variety of methods and resources (some are free, and some have a cost) including self-study, podcasts, online courses, web pages, videos, books, instruction, preaching, and counseling.

Some experts on the practice offer approaches where forgiveness is arrived at by following steps. For example, Frederic Luskin’s Nine Steps to Forgiveness involves a mix of cognitive and meditative strategies, from articulating one’s grievance to shifting one’s life expectations to revising the way one views their past. Robert Enright’s Forgiveness Process Model consists of 20 steps divided into four phases: uncovering, decision, work, and outcome/deepening. Everett Washington’s REACH method for forgiveness involves five steps: Recall the hurt, Empathize with the person who hurt you, offer an Altruistic gift of forgiveness, Commit to forgive (ideally publicly), and Hold onto that forgiveness.

How do people implement forgiveness?

For what types of circumstances is forgiveness suited?

Does forgiveness work for preventing or controlling aggression or violence?

Forgiveness practice decreases aggression and violence and increases inner and interpersonal peace. A study in the International Journal of Environmental Research and Public Health found that forgiveness and gratitude decrease both proactive and reactive aggression through their positive effects on self-control.[1] Research published in Frontiers in Psychology showed that forgiveness intervention provides an effective way to improve the positive mental strength of adolescents with high levels of trait anger.[2]

Where else might I go to learn more about forgiveness?

Have a suggested improvement to this information sheet? Send it to inbox@peacethroughaction.org

Give a gift of money to support our mission delivery activities