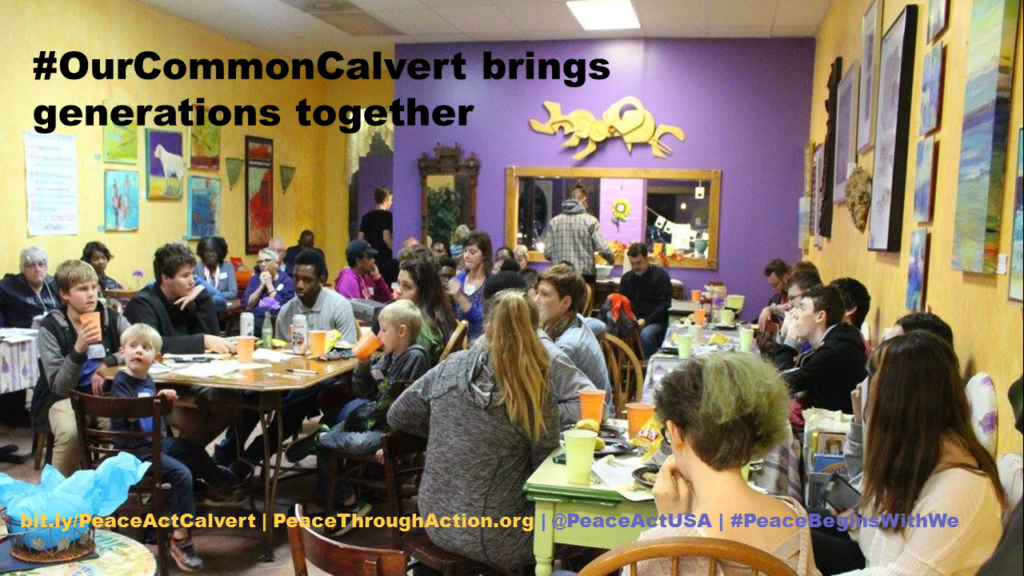 Calvert County in southern Maryland continues to evolve from an area once primarily rural in character. Prior to white flight migration which began in the late 1960s, the African American population comprised nearly 50 percent of the county’s then-15,000 residents. As the county grew to its current population of roughly 90,000, African Americans found themselves quickly marginalized with the percentage of the population falling below 12 percent. 38,000 residents commute out of the county each day – primarily to the Washington, DC area.

These demographic and cultural shifts have not been without consequence. Tensions between subgroups of the population, such as longer-term and newer residents, have surfaced and are felt. Certainly not to be overlooked are the inequities experienced by the county’s African American residents and which can be traced back to the county’s participation in slavery, but also to the attitudes of White residents who have moved into the county from suburban areas.

In 2015 leaders of several churches and community organizations concluded that time had arrived to address squarely the deep hurts and divisions of too many Calvert County residents. These community leaders determined they could accomplish more together. So, they started #OurCommonCalvert.

In just four years since its founding #OurCommonCalvert has established itself as a proven leader, bringing Calvert community members together for learning, dialogue, and organizing action. Among its points of pride are the initiative’s youth leadership development activities and its substantive support to southern Maryland’s annual LGBTQ+ celebrations. And, the community leaders are accomplishing all this thus far without a formal structure, governing body, or staff.

#OurCommonCalvert has invited Peace Through Action USA to support their community building efforts by assigning a compensated national service participant to the project. The peace agent will help #OurCommonCalvert transition to a formal community-based organization and increase scale and reach of its community member engagement activities.

Peace Through Action USA will measure impact of the Calvert County, Maryland Community Peace Project by tracking and reporting the following:

What You Can Do to Support the Calvert County, Maryland Community Peace Project

Discover all the roles you can play in the #PeaceBeginsWithWe movement